This bridge was probably along that headed northwest from Cotiaeum, following the course of  the Rhyndakos River. The bridge is located about 43 km from Cotiaeum, and about two miles east of the point where the Rhyndakos River turns northwards. The Barrington Atlas tentatively located the town of Palox at or near this spot. David French shows only a road following the Rhyndakos northward all the way to Nicaea. The Barrington Atlas, on the other hand, shows the road continuing only to the northwest and then west to Hadrianeia. This bridge most likely served on of those roads. In the summer of 2013, the road section leading to the southern end of bridge was destroyed as a new park was constructed. The bridge was partially disassembled, sand-blasted, and reassembled as a pedestrian bridge.

The bridge itself is in the process of being rebuilt as of 2013. 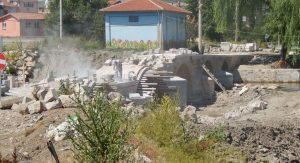 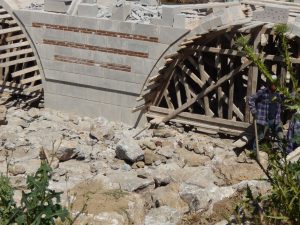