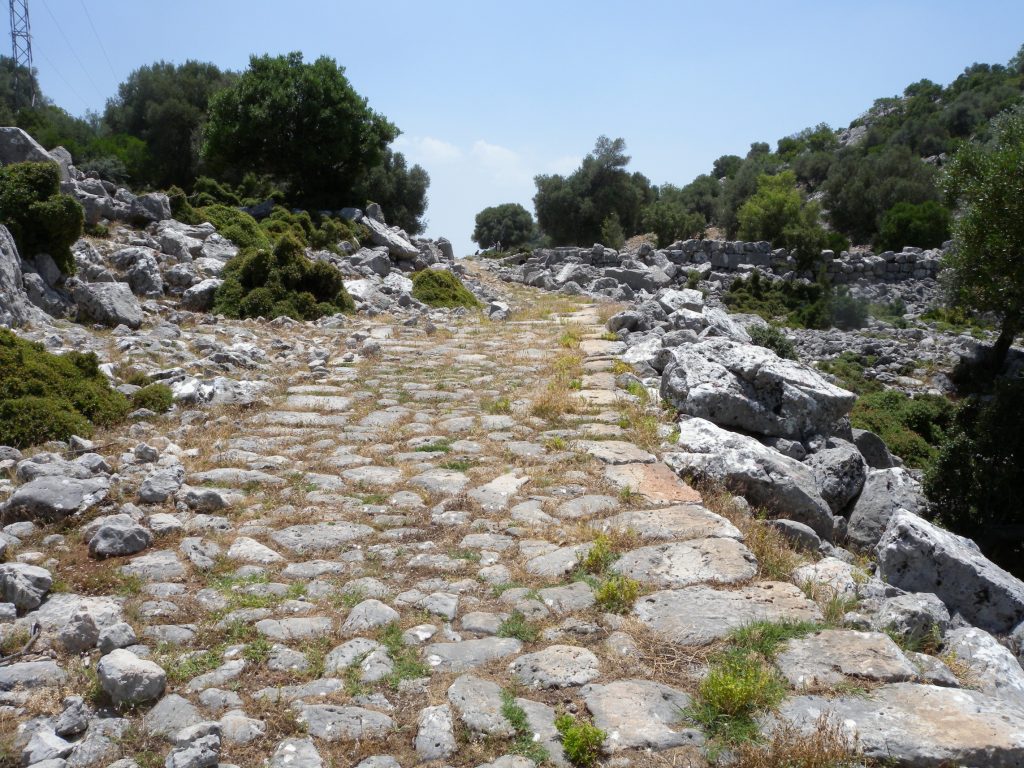 The Via Sebaste, also known as the “Imperial Road”, was built by command of the Roman emperor Augustus beginning in 6 BC. The road formed a great arc, beginning along the Mediterranean at Perge, or perhaps Antalya (1).  It then ran northwest to Comama, looping past Lake Burdur to Pisidian Antioch before looping to the west and southwest through Iconium and Lystra. Where the eastern end terminated is still debated. The road initially was built to allow Roman military units to quickly move throughout the region, enabling a quick response to the ongoing depredations by mountain tribes such as the Homonadenses. While its exact path was determined by the topographical realities of the landscape, its general path was conceived to hem in the mountain tribes and connect those newly-established Roman colonies in Asia Minor which were founded, at least in part, for the same reason. These included Comama, Pisidian Antioch, and Lystra. In addition, the road then connected those colonies and other major cities of the region to Mediterranean ports.  Thus the Via Sebaste and its tributary roads served both as an important inter-regional transportation and communication network and an important link to the wider Roman world.

We divided the road into segments as follows.