An ancient road from the time of its foundation this road connected Alexandria Troas  to Assos. St. Paul most likely followed this path when travelling from Assos to Alexandria Troas. Travelers between these two cities probably took this road rather than taking R-AS-58 to R-AS-1 to R-AS-57, as suggested by David French. 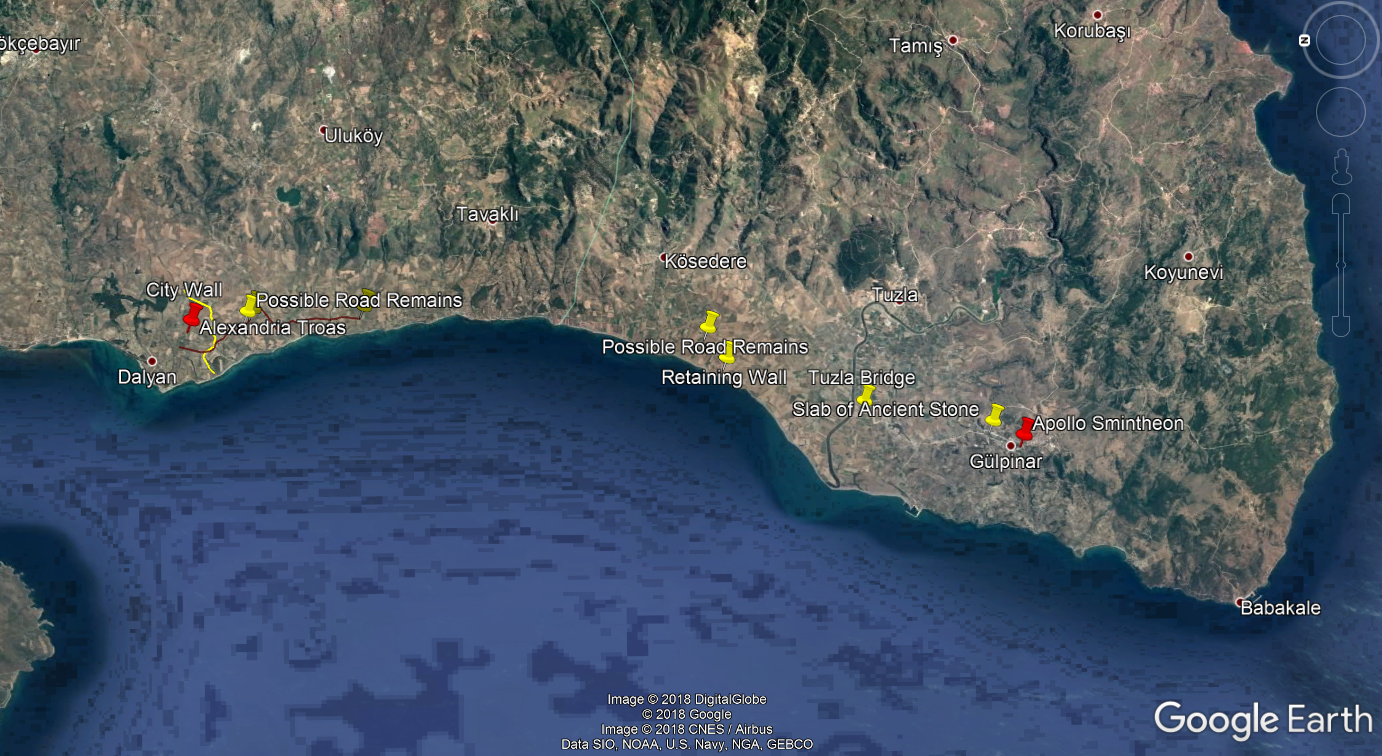 Alexandria Troas to  the temple of Apollo Smintheon: location of extant remains of the ancient road 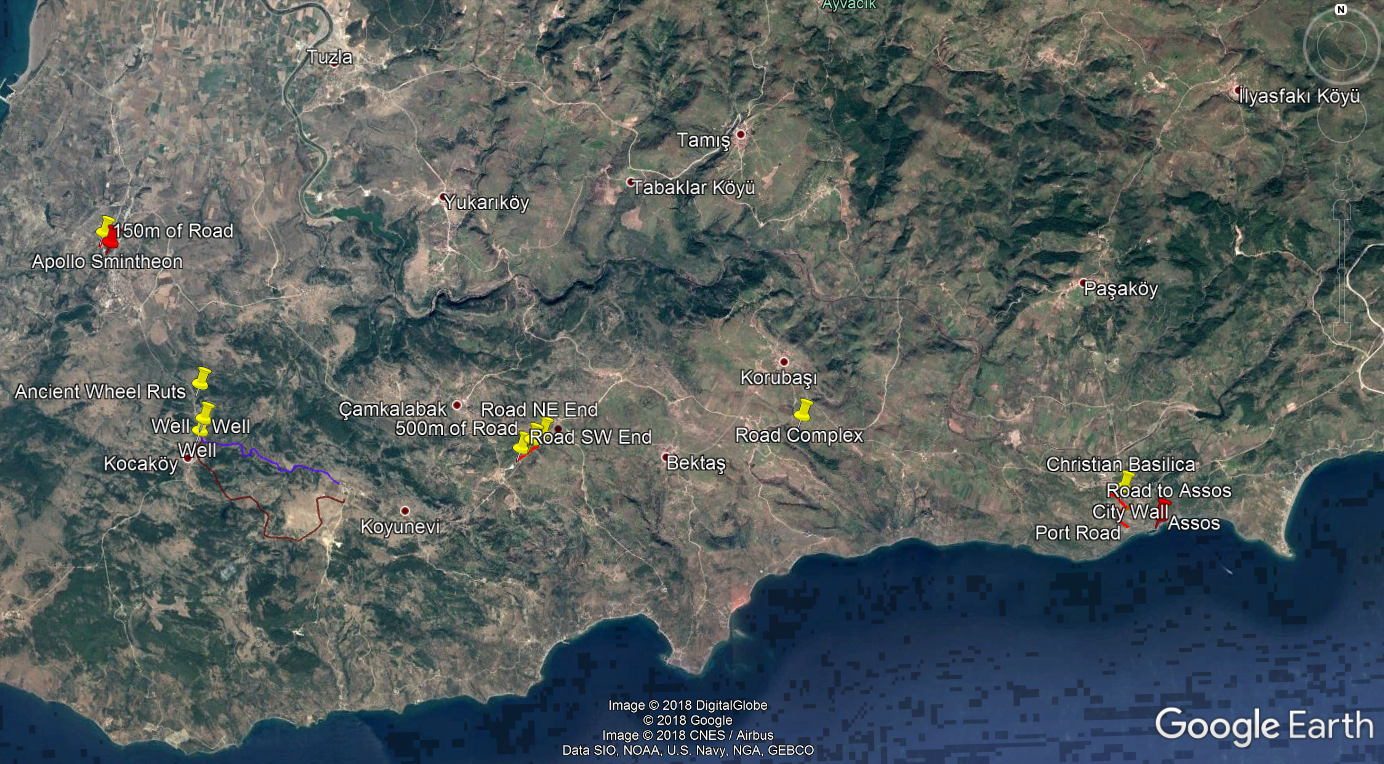 The temple of Apollo Smintheon to Assos: location of extant remains of the ancient road

The second leg of the trip goes from Apollo Smintheon (north-west) to Assos (south-east). It starts at the temple itself and exits through the two rows of statue bases that can still be seen. Near the modern village of Gulpinar can be found road remnants and also three wells that are clustered relatively close to one another and are still in use today by locals. There is a well-preserved section of road around 500m in length. 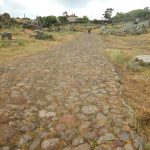 near Bektas – road and three wells 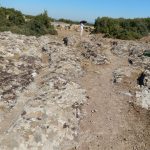 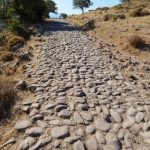 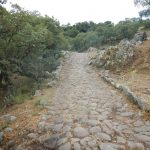 south of Korubaşi – road with curbing 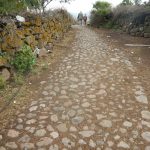